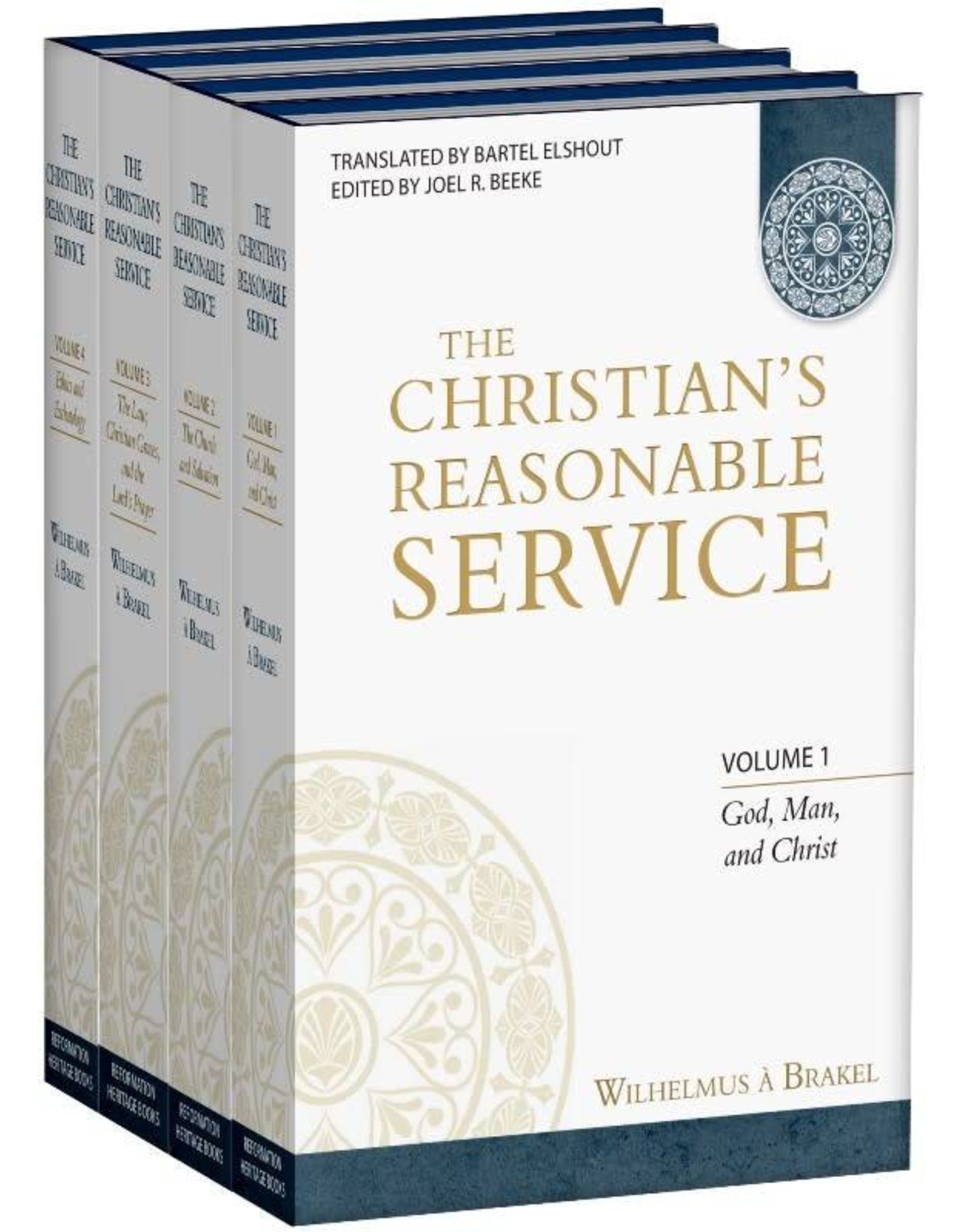 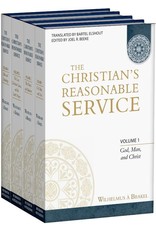 First published in 1700, The Christian’s Reasonable Service (De Redelijke Godsdienst) ran through twenty Dutch editions in the eighteenth century alone! The title is derived from Romans 12:1, “I beseech you therefore, brethren, by the mercies of God, that you present your bodies a living sacrifice, holy, acceptable unto God, which is your reasonable service.” It expresses what God requires from man, and particularly from the Christian, that he serve Him in Spirit and in truth—intelligently, rationally, and in harmony with and response to God’s revelation of Himself, His Word. With a decidedly Puritan flavor and representing Reformed experiential religion at its best, Wilhelmus à Brakel systematically moves through the major doctrines of the Bible in hopes of seeing the minds of God’s people renewed for the purpose of promoting godliness. Throughout his work, but particularly in the practical application of each doctrine, à Brakel strives unceasingly to exalt the name of Jesus as the name that the Father has given above every other name—there being no other name given under heaven among men whereby we must be saved (Acts 4:12).

Wilhelmus à Brakel was born on January 2, 1635 in Leeuwarden, the Netherlands. He studied theology at the universities in Franeker and Utrecht and was particularly influenced by his mentor, Gisbertus Voetius. He served four congregations in his native province of Friesland: Exmorra (1662–1665), Stavoren (1665–1670), Harlingen (1670–1673), and his birthplace, Friesland’s capital, Leeuwarden (1673–1683). His Friesland period, however, proved to be a preparation for the great task the Lord had laid away for him in Rotterdam—his final and longest pastorate (1683–1711). After a fruitful ministry of forty-nine years, it pleased the Lord to take this eminent divine—affectionately referred to by the godly as “Father Brakel”—home to Himself in 1711 at the age of seventy-six, to receive the reward of a faithful servant.

“Wilhelmus à Brakel’s The Christian's Reasonable Service is a tremendously insightful work that showcases the marriage between scholastic precision and a warm pastoral piety. À Brakel not only challenges the mind as he plumbs the depths of the teachings of Scripture, but he also challenges the heart as readers must grapple with the truth and its implications for their growth in grace. Not only can historians read à Brakel to learn about historic Reformed theology, but scholars, pastors, and laymen can all benefit from a close reading of these wonderful volumes.” — J. V. Fesko, Academic Dean and Associate Professor of Systematic Theology, Westminster Seminary California